Dr. John Rowley, assistant professor of chemistry, has been involved in the SHArK project (Solar Hydrogen Research Activity Kit) since his time as a postdoctoral researcher at the University of Wyoming prior to arriving at Carroll.

At Carroll he has remained involved in the project and has included students in his research, such as chemistry major Victoria Kong, who developed the silk screen printing technique and published a tutorial video. 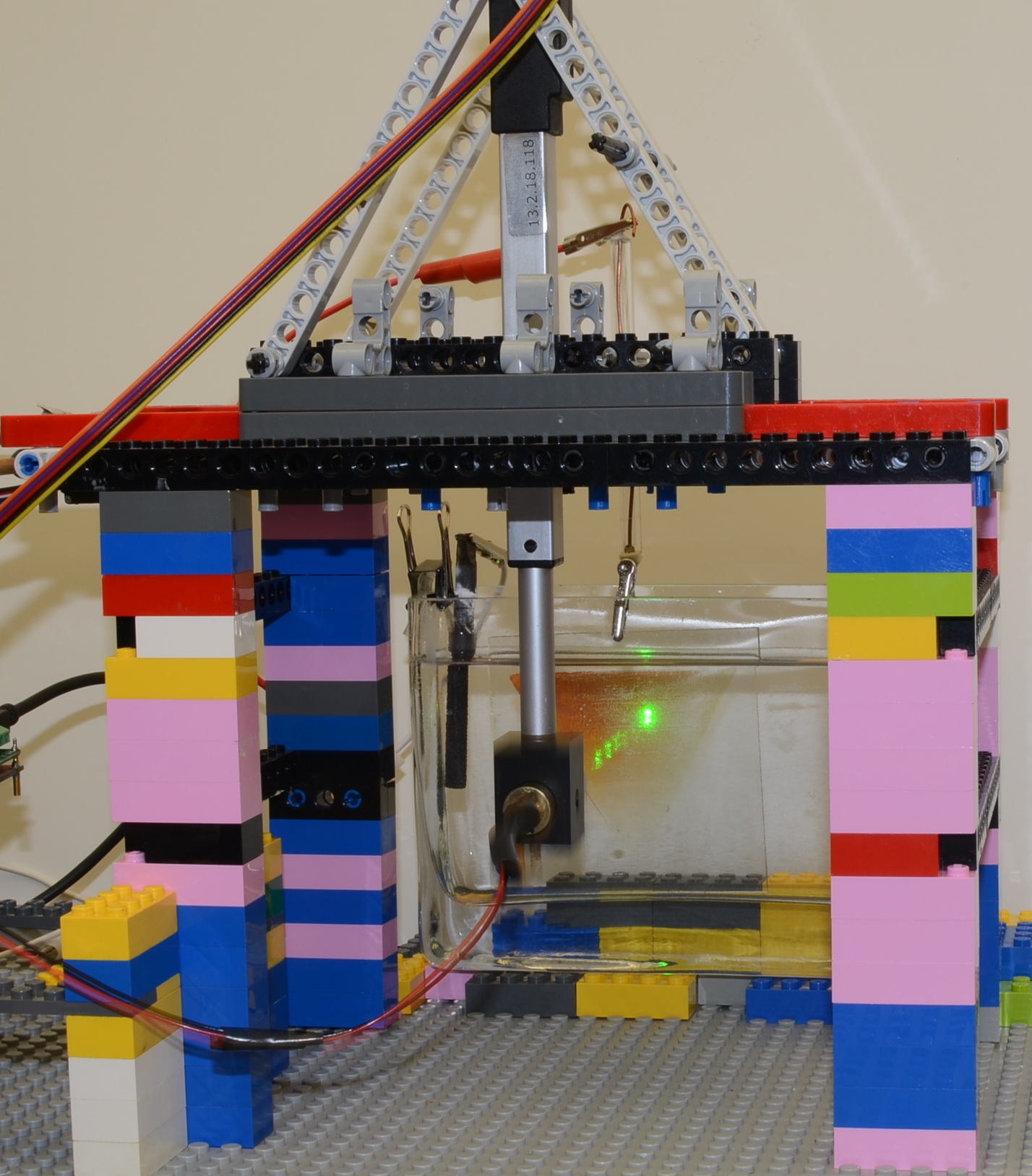 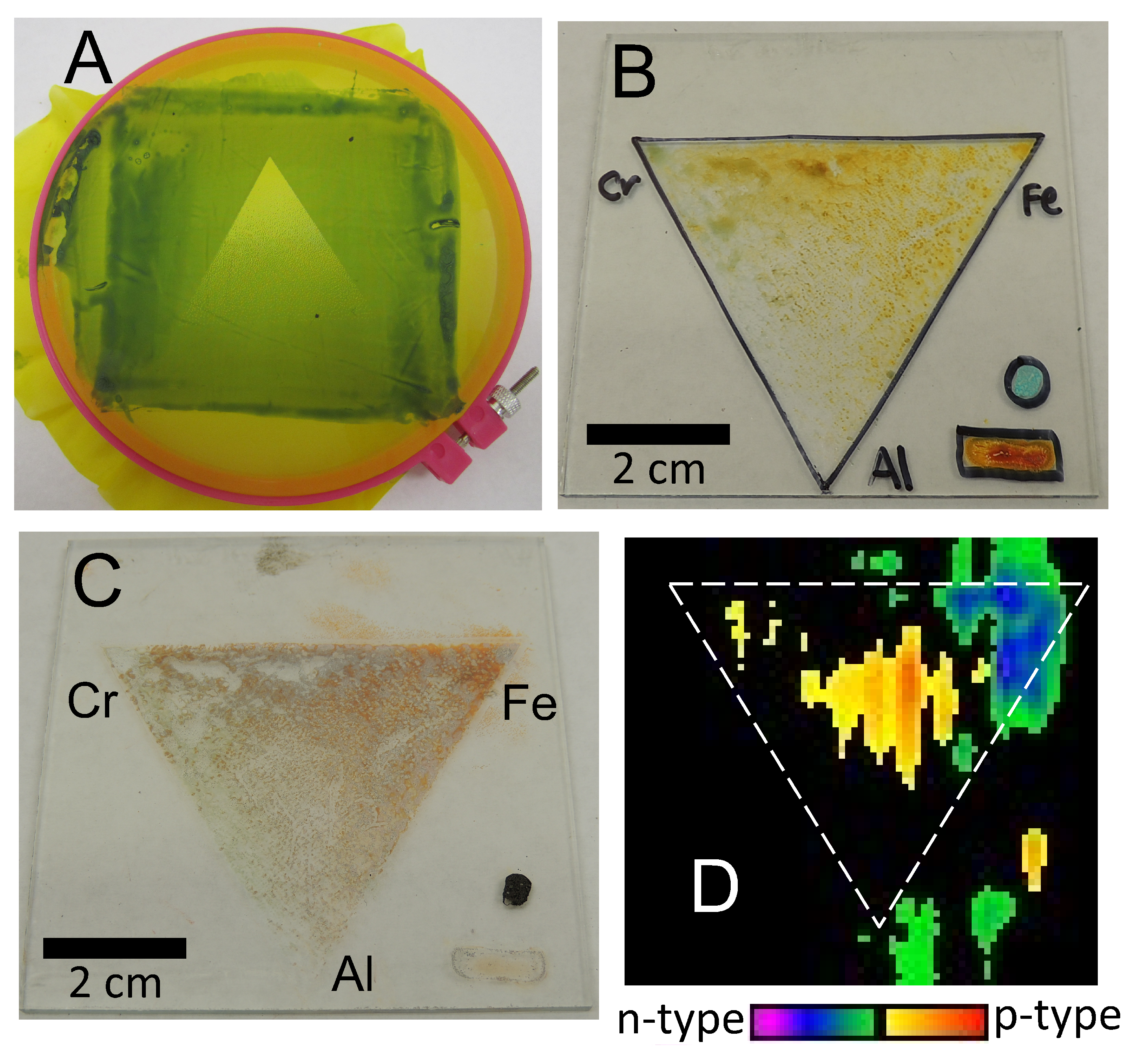 A) Photograph of the ternary-gradient triangle image developed on a 230 thread per inch (tpi) monofilament polyester silk screen mesh held in a plastic embroidery hoop. B) Photograph of an iron-chromium-aluminum ternary-gradient triangle film deposited on a fluorine doped tin oxide substrate before pyrolysis. This three element combination is a duplication of the material reported in our recent publication.6 C) Photograph of the sample in B after pyrolysis at 550 °C. D) False photocurrent image of the pyrolyzed film acquired using the new SHArK 2 scan station.