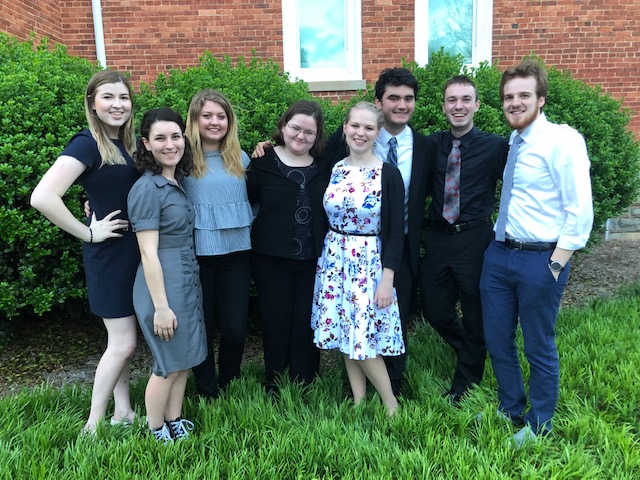 HELENA – The Carroll College Talking Saints forensics team finished their season with one national award and a near miss, in tournaments held at the University of Alabama and Clemson University. At the Alabama nationals, coach Brent Northup received a lifetime award for service to the forensics community.

“There's something special about interacting with the very best debaters from around the country,” said Lange. “When you debate against schools like USC, Duke, Bates, or University of Miami, you truly feel like you're a part of a nationwide community bound by a shared belief in the importance of discussing the most challenging and controversial issues facing our society.”

Competing at Clemson University, Carroll’s varsity team of senior Frank Stumbo of Shelley, Idaho, and sophomore Josh Mansfield of Pocatello, tied for the final spot in the open division to enter the championship rounds, losing by three speaker points. A narrow final round loss to Cornell, advanced Cornell to the championships ahead of Carroll.

Stumbo and Mansfield were high school rivals during their Idaho years, but then linked up to debate together at Carroll. Both were sad to see their partnership end, as Stumbo heads for law school.

“It was fantastic to get to speak against Ivy Leagues even if the Cornell and Harvard finalists knocked us out,” said Stumbo. “But the best part was getting to search out the best southern BBQ with Josh. We had always been good friends even when we were rivals in high school and getting to actually debate as a team was incredible.”

Also competing for Carroll at nationals were juniors Kelsie Watkins of Snohomish, Washington, and Peri Dropping of Redmond, Washington, as well as senior Haley Meredith of Jerome, Idaho, and sophomore Teigen Tremper of Whitefish, Montana.

In Alabama, junior Michael Fuller of Helena qualified in six events to the National Individual Events Tournament. He received encouraging feedback, but did not advance to quarterfinals.

“Well, it was hot and muggy and it is apparent that the University of Alabama does not believe in air-conditioning,” said Fuller. “Despite that it was very enjoyable to watch finals rounds as you get to see some of these amazing performers show their talents in exquisite ways. Even some of the preliminary rounds had phenomenal pieces that really got you to think about some of the social problems around us.”

Coach Brent Northup, who has led the Talking Saints for 30 years, was honored with a lifetime award for “distinguished service” to the NIET forensics community. Northup, president of the Northwest Forensics Conference for 22 years, currently represents the Western states on the NIET executive council. 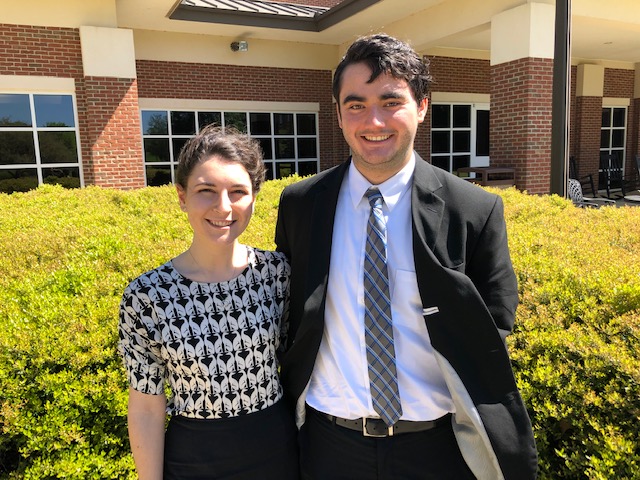 Northup is the 41st person honored with this Distinguished Service award since the NIET was founded in 1972.

“I was very touched by this recognition,” said Northup. “I’m old enough to know a lot of the coaches honored before me, and they are the ones I’ve admired ever since I started coaching almost 50 years ago at a Texas high school. Coaches aren’t supposed to get trophies, but this one brought tears to my eyes. It helped me forget the little pink present a Crimson Tide cop gave me for rolling through a campus stop sign.”

“Brent continues to build an enduring legacy,” wrote former Talking Saint Aaron Donaldson, now head coach at Humboldt State University. “He keeps a coaching tree of former students who have gone on to lead forensics programs. Last I checked, there were over a dozen branches on that tree.”

Northup was praised for serving as president of the Northwest Forensics conference for two decades.

“In all his forensics decision-making contexts, he sees his role as that of a peacemaker, promoting compromise, collegiality and goodwill. He will often say that is his job as a Quaker,” wrote Joe Gantt, head coach at Lewis & Clark College.