Carroll College's first library existed in a small room in St. Charles Hall. It took a few years for a set curriculum to develop when the College was established in 1910, and the library would have supported the coursework in Christian doctrine, philosophy, history, Latin, Greek, German, French, English, mathematics, the sciences (biology, chemistry and astronomy), elocution and debate.

The library moved into what was known at the time as "Little Theater" in the South Hall of St. Charles; the South Hall was added in 1923 after the college received accreditation as a junior college the previous year and needed more space for the growing student body. The first library was initially built mainly from donations from a variety of sources, some of who include Reverend N.C. Hoff, Sisters of St. Ann's Hospital, Father Turnball, Father Collette. For an idea of the size of this library, during the 1927-1928 school year, 2,700 new items were added, bringing the library collection up to 7,468 volumes. Besides the library, the South Hall also held an auditorium, chapel, kitchen and dining room while the upper floors were for resident rooms.

The library also gained staff. Miss Angela Sanderson was head librarian from 1938 - 1940, when Miss Mary Mudd took over only until 1941. By this time, librarians had led the college to amass a collection of 15,000 volumes and a new newspaper rack that "contributed much to the enjoyment of faculty and students as all of the daily newspapers of the Helena vicinity are now within easy reach of all those interested."

It wasn't until 1957 that the library moved out of St. Charles into the new Science Hall and Library Building (later renamed Simperman Hall), sharing the new space with the chemistry, biology, and the physics and mathematics departments. A 1957 article in The Prospector described the project as such: 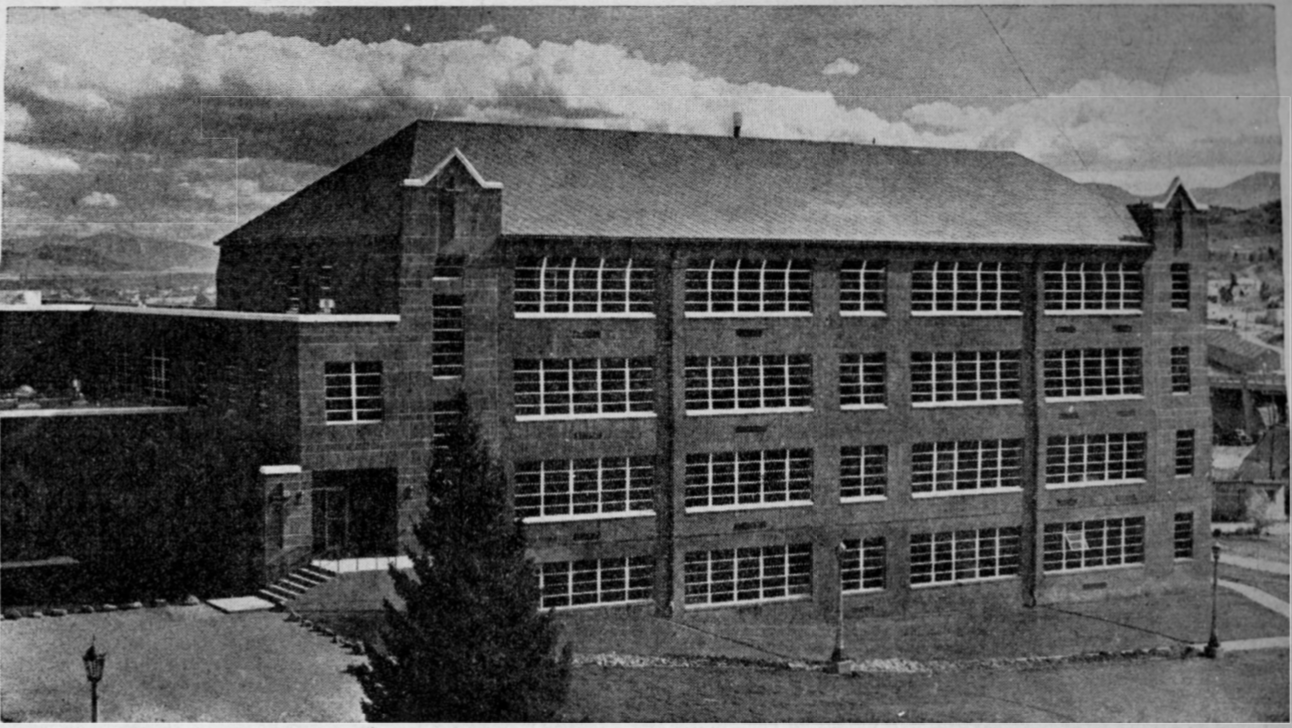 "The four-story, ultramodern science-library building, scheduled for occupancy in September, has been designed to provide the finest in facilities and equipment, affording to the students numerous opportunities and advantages rarely found in an undergraduate college. The new Carroll library wing will boast of three floors of finely furnished reading rooms, periodical rooms, audio-visual rooms and seminar rooms, along with fully equipped cataloging and repair rooms. Five floors of stacks will house the now overcrowded facilities. Nothing has been spared in assuring pleasant surroundings and an atmosphere truly conducive to research and study."

The books were moved into this new site through a conveyor belt system, as the library had expanded to a collection size of 22,800 volumes. The new library was described as "ultra modern" with three "commodius" reading rooms.

Our current library facility opened in 1979 and was originally referred to as the "Library-Learning Resource Center."

The Science Hall and Library Building was beyond capacity at this point and needed a new, larger space: the library's collection had grown to 84,000 books and a staff of four full-time librarians, along with the study body having grown three-fourth times larger than the original population for which the old building had been developed to serve.

By September 1977, final plans for the new building were approved by the Board of Trustees: "The new Library-Learning Resource Center will be an academic center equipped to be the focal point of study and learning outside the classroom and laboratory." Ideas for what the new building should feature included: an auditorium; group-study rooms and seminar rooms; an area for micro equipment, including microfilm and microfiche storage, along with recording and viewing machines; sound-proof booths for audio purposes such as use of tapes and records, or for practicing speeches and oral presentations. The building also planned to have an elevator for greater access for people with disabilities.

The original architectural design of the Library-Learning Resource Center was actually smaller than the current building: the Board of Trustees decided to increase the building perimeter to allow for future expansion. The space was designed to be a "modular structure" with an interior that could be readily adapted to re-arrangement. Because of this change and rising construction costs, only the main floor exterior and interior were completed as planned: reference, periodical and individual book titles took up a majority of the public space with a checkout desk and staff offices in the back. Materials were cataloged according to the Dewey Decimal System, although some materials were cataloged according to Library of Congress and were kept separate. When the new library opened, its main floor was described as having "beautiful, bright colors" and contrasted to the old library, was "spacious and bright." 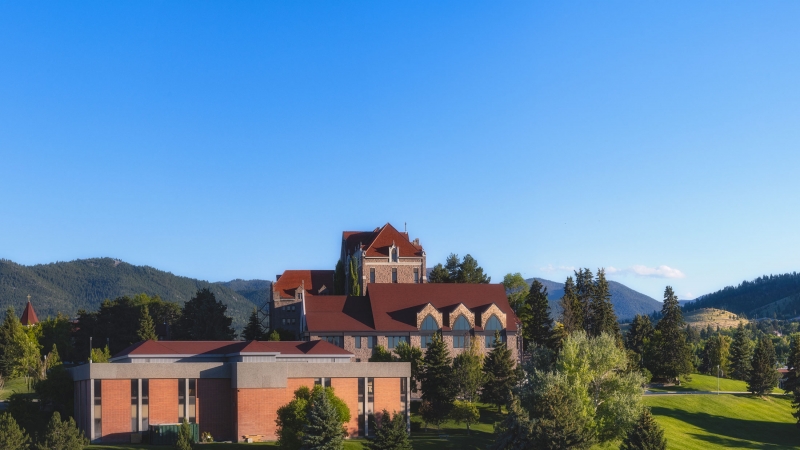 The lower level structure had been completed in the new building, but the interior had not been finished: poor lighting and cement floors led to constant complaints about noise and lack of adequate facilities to meet student research and study needs.

In 1988, Paul Schmechel, who was the current Chairman of the Board and Chief Executive Officer of the Montana Power Company, led a fundraising campaign that provided capital to complete the unfinished lower level of the library and complete the dream of his mentor and former Chairman of the Board and CEO of Montana Power Company, Jack Corette. Because of Schmechel, the Montana Power Company donated $100,000 of fundraising to Corette Library in 1987. The completion of this work provided more study space for students in addition to more space for the 93,000 volumes in the library's collection. The Library was dedicated to Jack and Sallie Corette on September 24, 1986, led by Schmechel's efforts.

Other major library projects included the first online library cataloged brought to the campus in 1979 through a Kellog Grant. This "would allow for rapid cataloging and is being experimented with for interlibrary loan." Throughout the eighties, the Library spent many years converting its collection from Dewey Decimal to Library of Congress to align with other academic institutions and provide better access to materials for students and faculty.

A new roof was installed in February 2002, stopping leaks that had been plaguing the building for years.

In November 2013, Carroll board of trustees member Ronald Rickman and wife Tarcella donated funds to build a small, intimate lecture and presentation room: the room is sound-proof and includes a large motorized screen, two LCD screens on either side and one in the back, and a high-quality sound system. The Rickmans had previously provided funds to build the popular "experimental" Sandbox room on the main floor of the library.  Three study rooms were added on the lower level,  made possible through a generous gift from Shaun and Mary Ann Corette; Shaun was on the Carroll board of trustees and is the son of the library’s namesake, Jack and Sallie Corette. Corette’s donation also helped purchase new chairs for the lower level.

In 2014, Carroll College launched an ambitious $20 million "Mind, Body, Spirit" Campaign in order to provide an educational environment that better reflected the way students interact and learn today with state-of-the art facilities that provide opportunities for innovative learning, recreational fellowship and a healthy lifestyle, and sacred and welcoming spaces for students to explore and nurture their spirituality. The renovation of the 40-year-old Corette Library into a state-of-the-art learning commons was an essential part of this transformative plan and was accomplished because of the generous donation and support from Roy and Frances Simperman.

The groundbreaking ceremony for the future Simperman Learning Commons took place on September 13, 2018, with a focus on having the space become the true intellectual heart of campus and a "hub" of the student academic experience while at Carroll. The renovation is highlighted by diverse, flexible study, creation and teaching environments and unique, hands-on learning spaces that provide students with support in production, presentation and design as well as access to the latest in educational technology.

The $1.7 million lower level renovation was completed in early Summer 2019, providing students with access to the new quiet area, a Writing Center, a Communications Lab, a Green Screen and Lightboard Studio, an Open Classroom and an interim makerspace among eight study rooms, an archives and special collection rooms along with an archival workspace, and a variety of new furniture to appeal to all types of students.

The future main floor renovation will build a new entrance, makerspace and podcast studio, additional study rooms, a family room styled fireplace space, additional windows for natural lighting, and upgrades to the staff workspaces. Upgrades to accessibility and the exterior of the building will make the new Library and Learning Commons an appealing destination for students, faculty and staff, transforming it into the intellectual hub and heart of campus.

Donor, and class of 1962 alumnus, Roy Simperman helped develop a modest library upgrade into the current plan. According to Carroll’s President, John Cech, the new Jack and Sallie Corette Library and Simperman Learning Commons will, “match any comparable high-tech facility on the planet.”

Roy Simperman is an entrepreneur and lifelong supporter of educational access. 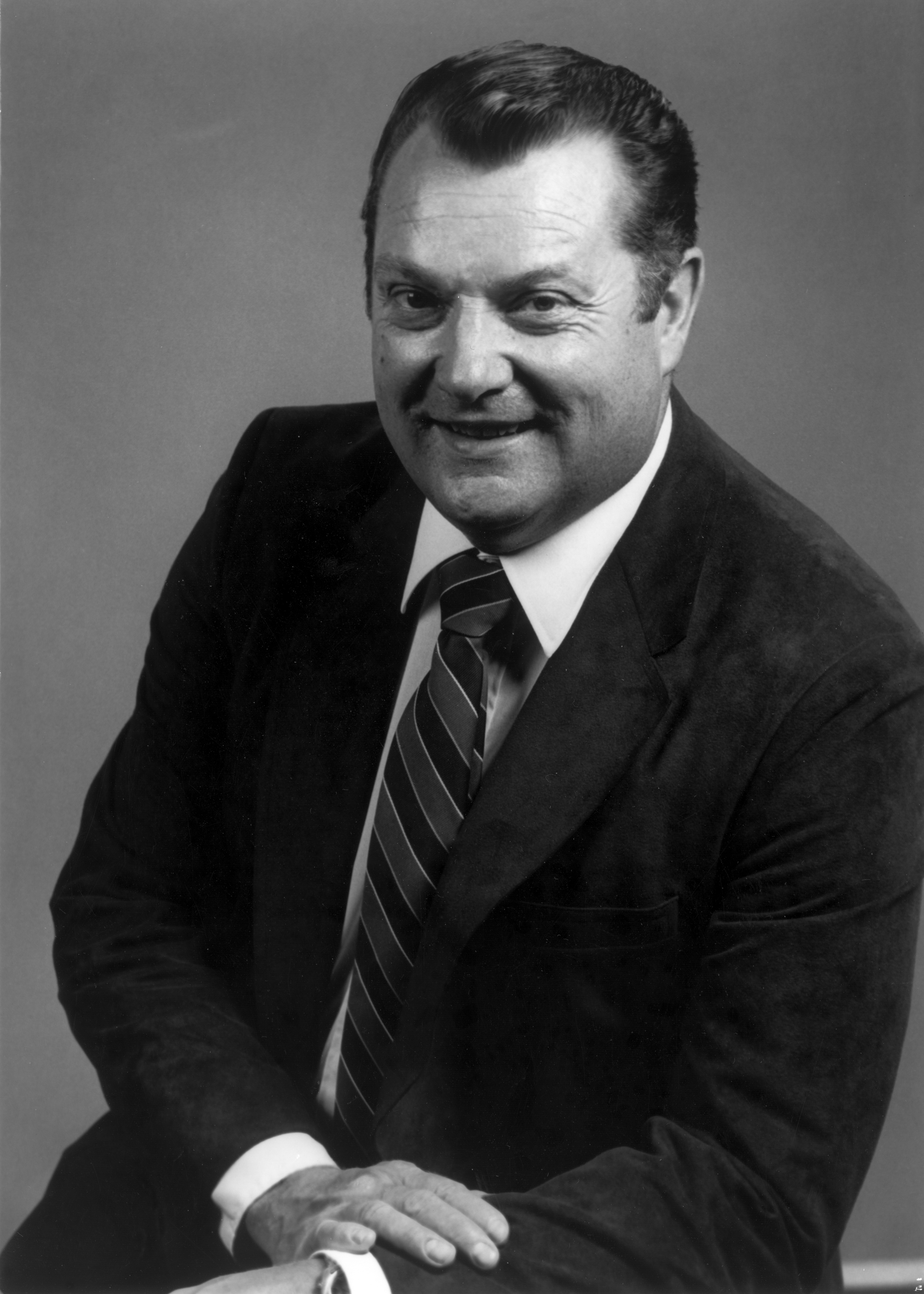 In 1965, Roy married Diane Corette (now late), daughter of Jack and Sallie Corette, whose tireless efforts and personal donations led to the building of the Corette Library. The couple moved to Seattle, where Simperman went to work for Boeing, coding and calculating trajectories for NASA lunar orbiter computer simulations, creating software for NASA mission navigation and guidance control, and working on a fusing system for a nuclear warhead in a missile. He later worked at Weyerhaeuser Timber, designing and developing a computer simulation to model the forestry program from genetics to timber harvest, making the company more profitable. In 1985, he purchased Audio Control, a manufacturer of equalizers and signal processors for audiophiles. He also bought a stock photography company which sold photos online before the Internet was widely known. Simperman's work at the stock photo company led to the creation of his company, Semaphore, in 1994. In 2001, Simperman began dating Frances Rogers, owner of a successful printing business in Seattle; she and Roy co-designed their home in Hawaii and married in 2004.

Having achieved his own goals, and recognizing the importance of education in creating a rewarding and impactful life, Simperman has dedicated time and funding to helping others achieve their educational goals. He has served as family manager for the Elsie Pauly Corette Scholarship fund at Carroll College, started by his father in‐law, providing aid to over 120 students pursuing careers in medicine. In 2009, he created the Simperman Math and Science Scholarships at Carroll College, later expanded to include nursing. Since he began, students have received close to a million dollars in scholarships. 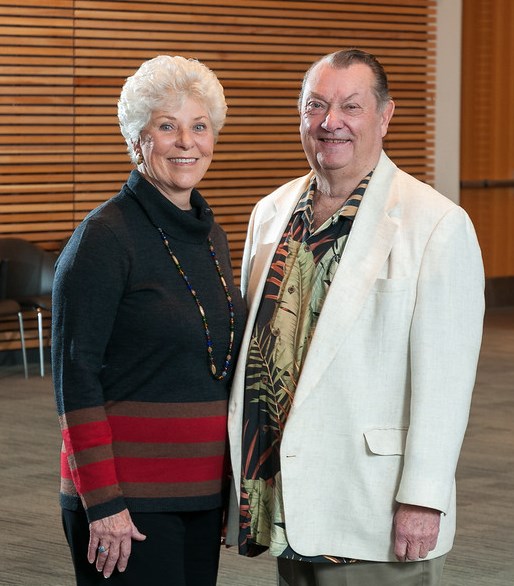 "It is time for those of us who believe in Carroll College to take personal responsibility for its continued vitality.  Those of us who have supported student scholarships in the past must step up now to meet the challenges students of today are facing.  What we do now will dictate the college's future and the futures of its students, its alumni and its reputation.  I have created an estate gift to the Centennial Campaign with particular emphasis on student scholarships, in sincere hope that you and other Saints will join me in this historic initiative for Carroll's history and for its destiny." - Roy Simperman

Roy and Frances split their time between Mauna Lani and their home on Mercer Island in Seattle. Roy continues to operate Semaphore. Frances serves as a Director on the board of Parker School in Hawaii.